We introduce our innovative production process for the CPVRS system.

The CPVRS system is a photovoltaic concentration system that reaches a 30% DC system efficiency. Its production is based on a distributed manufacturing paradigm. In other words, systems assembly is carried out in the country where it will be installed by a local partner.

Becoming a partner is so easy. You don’t need a large infrastructure neither experience in the production of PV system, you will be responsible for the following activities.

In the video below you will view our production process, which represents an innovation for solar energy systems.

We have concluded an agreement with EGYMEC, with which CPVRS project will be fully developed.

Coming soon we will apply our exclusive production process, through which we will send product parts in kits so that they can be assembled at our Egyptian partner facilities. Once assembled, EGYMEC will be in charge of shipping and installing CPVRS system on the field as well as commercialize it locally.

Vision and Mission of EGYMEC

Egymec is committed to creating smart technologies with a diversity of multinational professionals to provide high quality products, service and equipment with financial solutions to help their clients to own their power.

“OWN your POWER” slogan signifies its vision to empower their client with the highest qualifications and the best choices in order to revolutionize for clean energy to protect the climate change with no more power cuts.

We share EGYMEC point of view and vision, and that's one of the reasons we wanted to deal with them. We hope that by working together we can help the company to achieve their goals.

EGYMEC is an oil field services company. It’s an agent for Drillmec SPA (one of the three biggest land rigs manufacturer in the world) and Allied international group (energy and oil field equipment supplies manufacturer) in Egypt. The company is one of Subsidiaries Companies of El-Didi Group. Eng. Abd El Fattah El Didi PhD is the current Chairman and CEO of ELDIDI Group. Recently EGYMEC have established a new division of solar energy, as an Agent or representing of the most reputable and experienced solar energy providers in the global market.

EGYMEC being one of the leading solar technologies in the area that covers all solar application sectors with its value added partners, supported by highly qualified team and consultant offices (local & international). 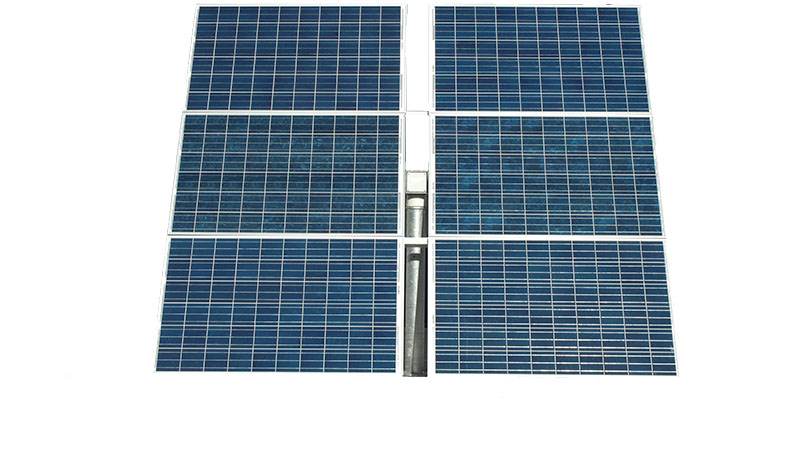 Our trackers use stepper motors and maintenance-free mechanical actuators. And they use a continuous tracking system instead of the usual incremental stop and go method. This increases the lifetime of the components and prevents oscillations.

Our ICPVS advanced technology allow assembling the product at decentralized facilities and then shipping it to the field as a single unit, optimizing logistics and minimizing installation and commissioning costs. Besides they are transportable, so they are the best option for provisional photovoltaic installations, allowing low cost relocation.

-  Can be installed by driving pole into the ground. Very cheap process for large installations, as it is done using automated equipment. Low environmental impact as can be dismantled using the same machines. Very efficient and cheap to install in multi MW solar farms.

-  For small installations concrete foundations can also be used.

-  Can be easily installed on top of flat rooftops.

Our full range of PV trackers integrate our advanced technology, which together with REC modules, make them a robust and long lasting product with a high quality and reliable power output. 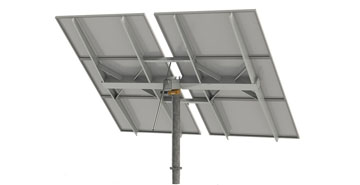 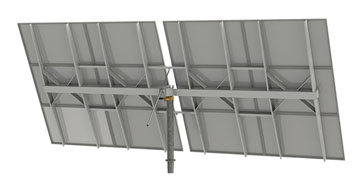 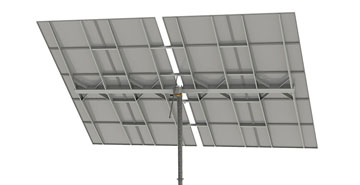 Yesterday, seven college students from Universitat Pompeu Fabra studying Public and Social Policies, together with Mayoress of Rubí, Carme Garcia, visited the place where the company Valldoreix Greenpower is testing CPVRS: its new CPV system. Ricard Pardell, CEO of the company, received them to show the system operation and to expose them all its advantages.

The tour was part of the activities of World Energy Day, an event dedicated to energy efficiency and renewable energies. For two days, several activities were developed to study and propose changes in energy models: conferences, lectures and the “Fair for entities and associations promoting renewable energy and responsible consumption” for experts and enterprises; and documentaries, workshops and children’s activities for citizenship.

CPVRS system presentation has been an interesting contribution to the event, as it is a highly efficient technology and a new business model which offers great benefits both for society and environment.

CPVRS system obtains a 30% efficiency, thus doubling the traditional photovoltaic models efficiency. This technology has been fully developed in Catalonia and Valldoreix Greenpower has four own patents that protect it internationally.

In addition to its high efficiency, CPVRS technology developed by Valldoreix Greenpower enables a new business model that optimizes logistics, greatly enhancing the growth potential of the Catalan company. The system is designed to be assembled at decentralized facilities, relying both to industrial and commercial level on working together with local partners in the various target countries for this new product.

The potential of the company approached both the organizers of the event and the Mayoress of Ruby. During the visit, Ricard Pardell explained to the visitors the CPVRS system operation and also showed them the great advantages over traditional PV systems, highlighting the possibility to assemble the system in the destination countries, thus creating skilled jobs in those countries.

After the talk, took place an interesting debate which involved both students and the major and where they could talk about political and social issues related to energy and where everyone could expose his personal opinion.

The Mayoress of Ruby, Carme Garcia stated that “we have to be positive about renewable energy and to have hope, they are the future”. Meanwhile, Ricard Pardell, said there is still a long road ahead. 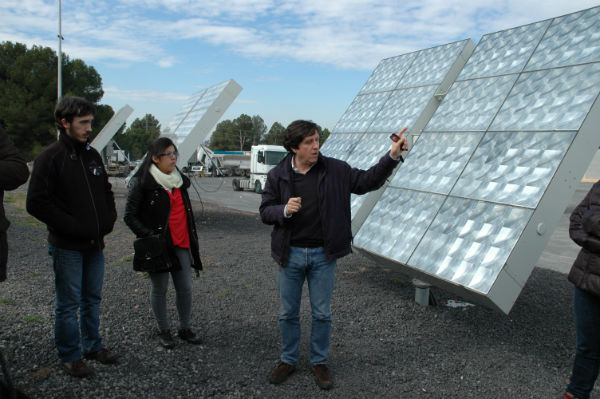 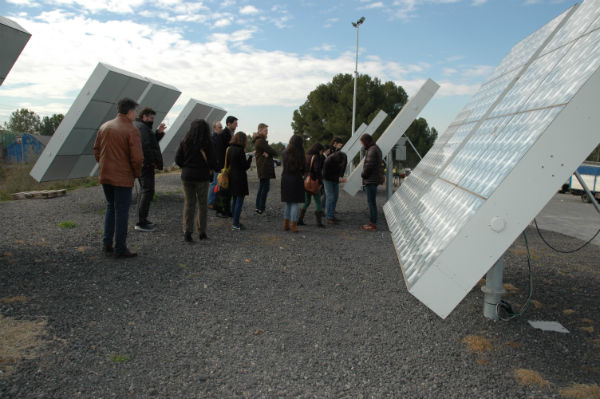 In the next weeks we are launching an equity crowdfunding campaign which will allow us to increase the manufacturing and commercialization capacity for our new range of VGP products.

Our company valuation is 4 million euros and our objective is to raise 400K euros for a 10% of company shares in order to help us develop our business plan, basically focused on increasing the manufacturing capacity of CPVRS systems, product certification and to execute a marketing launch campaign including our presence in the most important industry fairs and conferences.

Two classes of shares will be issued:

In the following weeks we will be providing more details on this equity crowdfunding process, please fill in this form in case you want to keep informed about it.